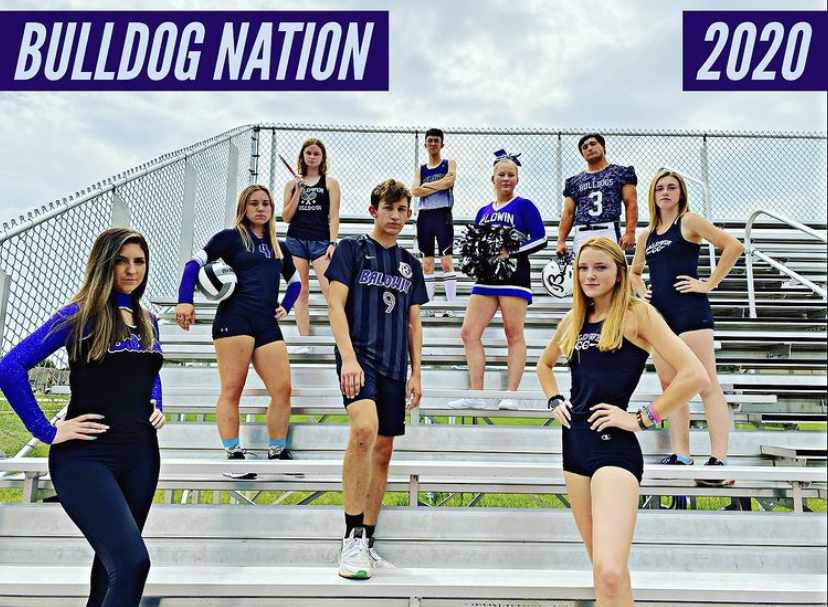 The 2020 fall sports seasons were very unpredictable, would seniors have their senior season? Would teams get shut down at the flick of a wrist? Nothing was promised. But something that was promised was to keep competitiveness ready at all times during this crazy year.

This year the varsity volleyball team worked hard and ended their season with the first winning record since 2014.

“One of our hardest challenges was losing Emma in one of our first games because she is such a big asset to our team,” sophomore outside hitter Chaney Barth said.

Barth was one of the many BHS volleyball members that received league awards. Barth made 2nd team all league during the 2020 season.

“One of my favorite memories from the season was having hands down the best foreign exchange student we could ask for. We loved having Daniela around,” Barth said.

This year the boys cross country team came up just a few points short at regionals to have a shot at state, however they had a great season.

“The hardest challenge was the uncertainty of the season,” Senior Drew Schoendaller said. “I loved the bond of the team and how fun we made the season.”

Girls cross country had a great year and earned themselves yet another State Championship.

“The hardest part about the 2020 season was probably the Sabetha and Frontier League meets because of how difficult the courses were,” said Sophomore Kayleigh Griffith.

The trap team had quite a delayed start to their season due to covid. The standings for the 2020 season will be placed in the beginning of December.

“My favorite memory was when one of our coaches brought wild game sausage for us to try,” sophomore Karly Neufeld said.

When shooting the participants already stood 6 feet apart on the field, not much changed for the trap members this season. However they had to wear masks while they weren’t shooting.

“It’s all to better yourself at patience and aim, you gotta practice to get better,” junior Ashton Wood said.

The boys soccer team were regional champs for the 2020 season, they lost to Louisburg in the state quarter finals.

This year the BHS football team won their first playoff game in seven years. The team had a rough start then bounced back the last couple of games.

This year the cheer team got to perform on the sidelines of the football games, although some did get canceled due to COVID. The 2020 cheer team won the 4a state championship this year.

“The hardest part this year was the preparation for virtual state,” sophomore Kate Nichols said.

This year the dance team only got to perform twice, only once with fans. Due to Corona the team didn’t get to compete in their usual competition.

“Our football season was great, even though we weren’t able to perform because games were canceled. We were always already for our next game,” said sophomore Audrey Darnell.

Girls tennis was limited to their matches this year due to COVID-19 luckily they still got to compete.

“With this being my first year I really enjoyed the game and atmosphere of the team, I can’t wait for next year,” freshmen Braelyn Hinderliter said.