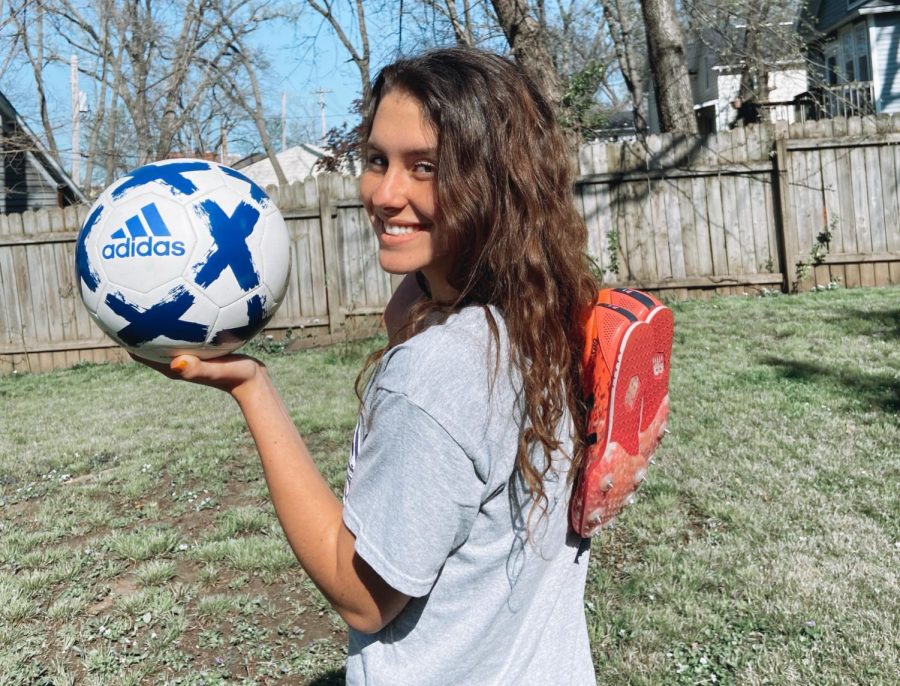 “[I am in] soccer and track. In soccer, I was looking forward to having another great season with a team that could’ve been our best team since I’ve been in high school. We would’ve had a really successful season, and I’m sad I didn’t get to experience it. My favorite thing about soccer is just competing 1v1, but also the team aspect. Everyone on the field can communicate with each other to help them play to their potential, but at the end of the day, you can only control yourself. I’ll miss playing with my teammates that I’ve played with my whole life in soccer. I get to keep playing in college, so I’m very thankful for that.In track, I was looking forward to improving my times from last year and just another year of competing. There’s nothing like running the 4×400 at night under the stadium lights. I’m definitely upset that we didn’t get another chance to get the 4×400 title at state. I just love competing with my teammates. Practices were always so hard because the girls are all so fast. I was thankful that during meets they were on my team instead of them running against me. I’ll miss the thrill and pressure of track. There’s no feeling like it. Having the thrill just makes the success that much more better.  I’ll just miss competing in both soccer and track. It’s my favorite thing to do.”